Bill Wilson runs the world's biggest Sunday school in the world! From his base in New York, Bill has developed in international network of "Kidz Klubz" that introduce primary school aged children to the Christian message in fun, active ways. His model of running the clubs was adopted by a church in Thornton Heath, who have become a hub for a growing network of similar clubs in London and the South-East, hosted in schools and churches.

To showcase their model and encourage more clubs to start, they wanted a bright and attractive site that reflected their exciting vision and the energy they put into their work!

With this brief, we : 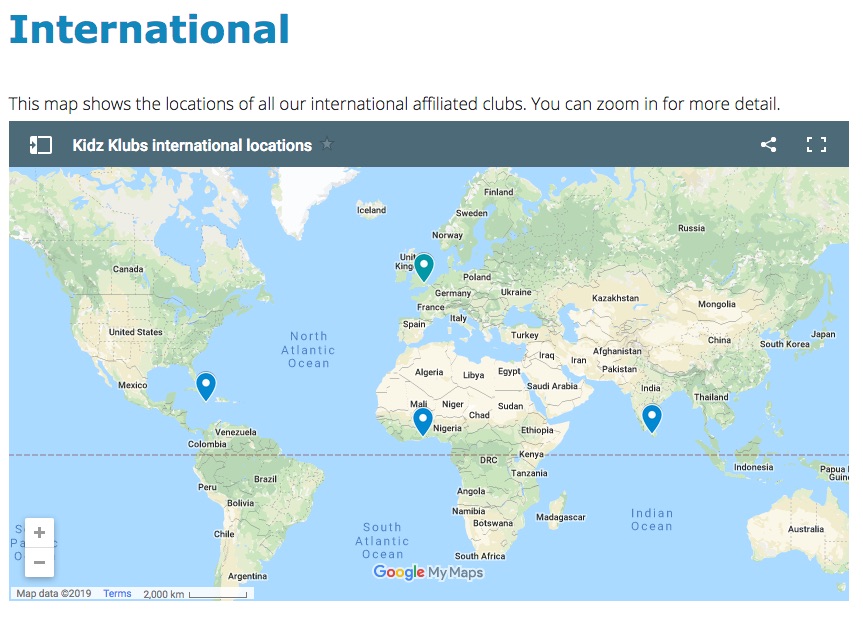 An editable Google map to display all the international clubs' locations.